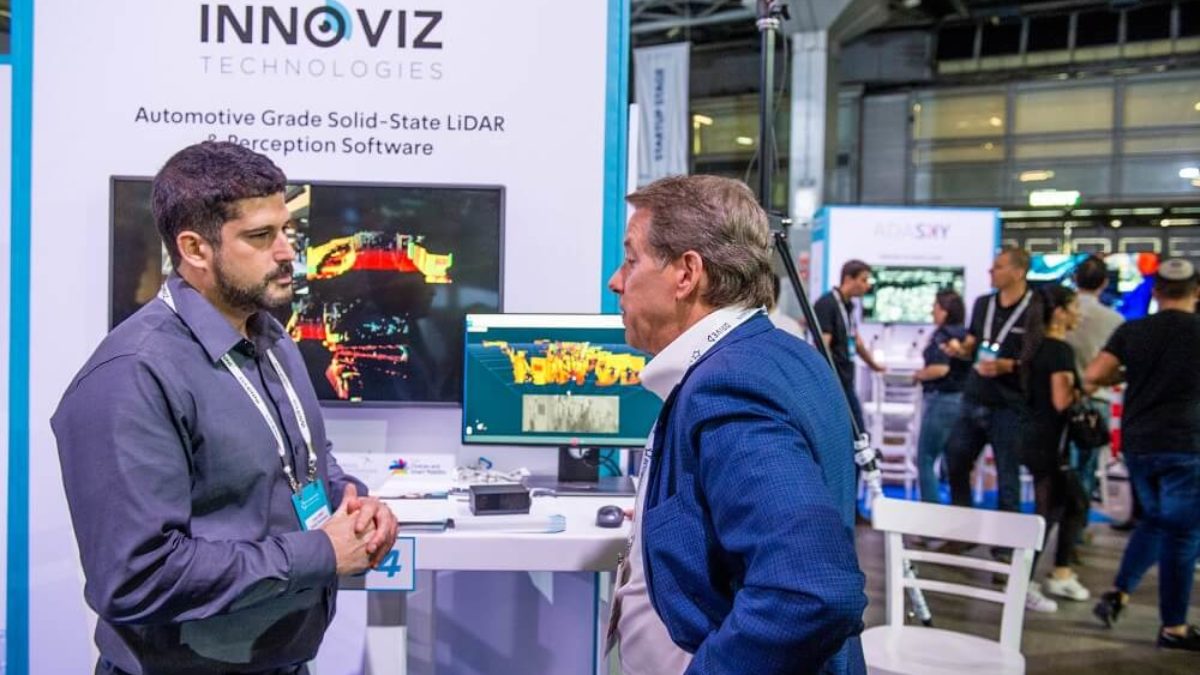 Today there are more than 600 start-ups targeting the automotive industry in Israel. Over 150 start-ups and 3,800 attendees from 1,375 companies came together for the 7th annual EcoMotion mobility exhibition held in Tel Aviv between June 10-13. The theme of this year’s event was “towards the tipping point”, focusing on the shift from traditional transportation to smart mobility. The conference included exhibits, sessions, and demonstrations of products and services in six categories: urban mobility, autonomous and connected cars (by far the biggest), electrification and energy, shared mobility, maritime, and drones and aviation.

If you know something about Israel in the 21st century, you know that Israel is called the start-up nation. It has the highest concentration of start-ups outside of Silicon Valley (more than 5,000 according to the Israel Innovation Authority). It has more start-ups than any other country per-capita. Here are some other interesting statistics:

When you think of the automotive industry, the first places that probably come to your mind are Detroit, Germany and, recently, Silicon Valley. The first names that might pop into your mind are Ford, General Motors, Mercedes, or BMW.

Israel has become a hotbed for automotive innovation, even though not a single car is manufactured here. In fact, each of the major automobile manufacturers listed above has set up or is in the process of setting up an R&D center in Israel. General Motors was the first and has been in Israel since 2008. Daimler AG, parent company of Mercedes Benz, opened its center in 2017. Volkswagen opened its research center in 2018. Ford and the Renault Mitsubishi Nissan Alliance (RNA) opened theirs during EcoMotion week. Volvo and Honda are operating incubators for smart car start-ups. BMW expects to open its R&D center at the end of 2019. Clearly, something significant is happening in the automotive industry in Israel. What is it?

It’s the ecosystem of companies whose technology support one another’s to realize the vision of a connected, mobile world. Paired with the unique support from the Israeli government for the growth of these companies and their technologies, Israel is on track to become a global automotive superpower. According to the Israel Ministry of Industry and Trade, Israel’s automotive technologies sector raised $814 million in 2017, triple the amount it raised in 2015. A total of approximately $6 billion has been invested in Israeli high-tech mobility start-ups since 2013, according to Automotive News.

Mobileye put Israel on the automotive map. Founded 20 years ago, Mobileye is the world’s leading supplier of software that enables Advanced Driver Assist Systems (ADAS) and sell to the world’s largest automobile manufacturers. Mobileye is a huge Israeli automotive success story. In 2014, it was the largest-ever Initial Public Offering (IPO) of an Israeli company in the United States, at a value of $5.3 billion. Three years later, Intel acquired Mobileye for $15.3 billion, which is the largest acquisition of any Israeli company to date.

Beside Mobileye, other leading Israeli companies in the automotive sectors include:

Evidence of the growing significance of the EcoMotion exhibition is that there were six international start-up exhibitors and major OEMs and Tier 1s, including General Motors, Honda, Renault Nissan Mitsubishi Alliance, Magna International, and Harman International Industries. Attendance grew to more than 6,000, including 900 visitors from 44 countries. By comparison, 250 people attended the first EcoMotion in 2013 when there were only 87 mobility start-ups in Israel. 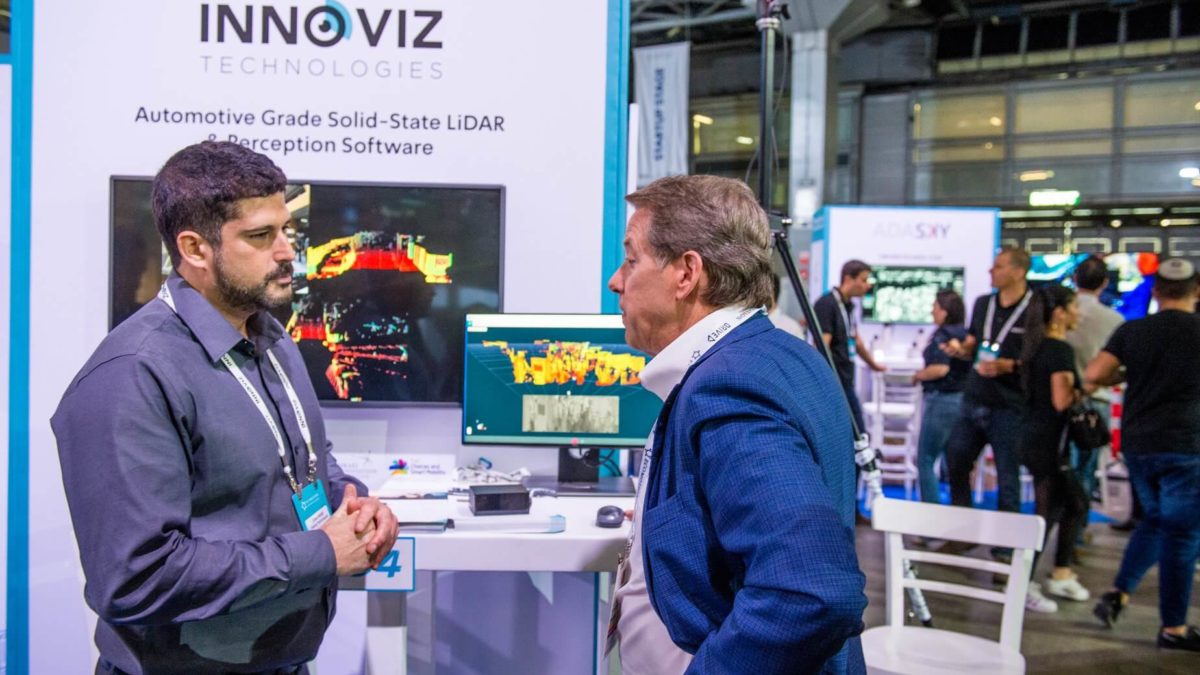 Bill Ford from the Ford Motor Company met with Innoviz CEO Omer Keilaf to discuss the future of autonomy at EcoMotion. [Image taken by EcoMotion]

The keynote speaker at the Main Event was Bill Ford, great-grandson of Henry Ford, founder of the Ford Motor Company and creator of the world’s first commercially successful automobile, the Model-T, more than 100 years ago. Bill Ford was in Tel Aviv for the opening of Ford’s local R&D center. He is an advocate of disruptive technologies and urged the start-ups to find the technological gaps and to fill them. The key, he said, is to develop solutions that are commercially viable and have the team in place to execute on a shared vision. He encouraged the audience at this session to be persistent and relentlessly implement their vision for connected mobility.

Boris Shulkin, VP of R&D at Magna, followed Ford’s speech with a presentation on the “building-block approach” that needs to be implemented by start-ups developing technological innovations. No company can innovate on its own. He stressed how cooperation is needed to create perfect solutions, and he identified Innoviz as a perfect example of a company that’s collaborating with several key automotive players. “We’re building the right blocks together,” he said, referring to Innoviz’s partnership with Magna.

In other sessions, Takao Asami, Senior Vice President of Research & Advanced Engineering at Renault Nissan Mitsubishi Alliance, said that the automotive industry needs a LiDAR sensor that meets the industry’s requirements. Ben Saltsman, Director of Advanced Product Development at Magna, said that today’s AV systems are not robust enough and are not technologically ready for everyday use. 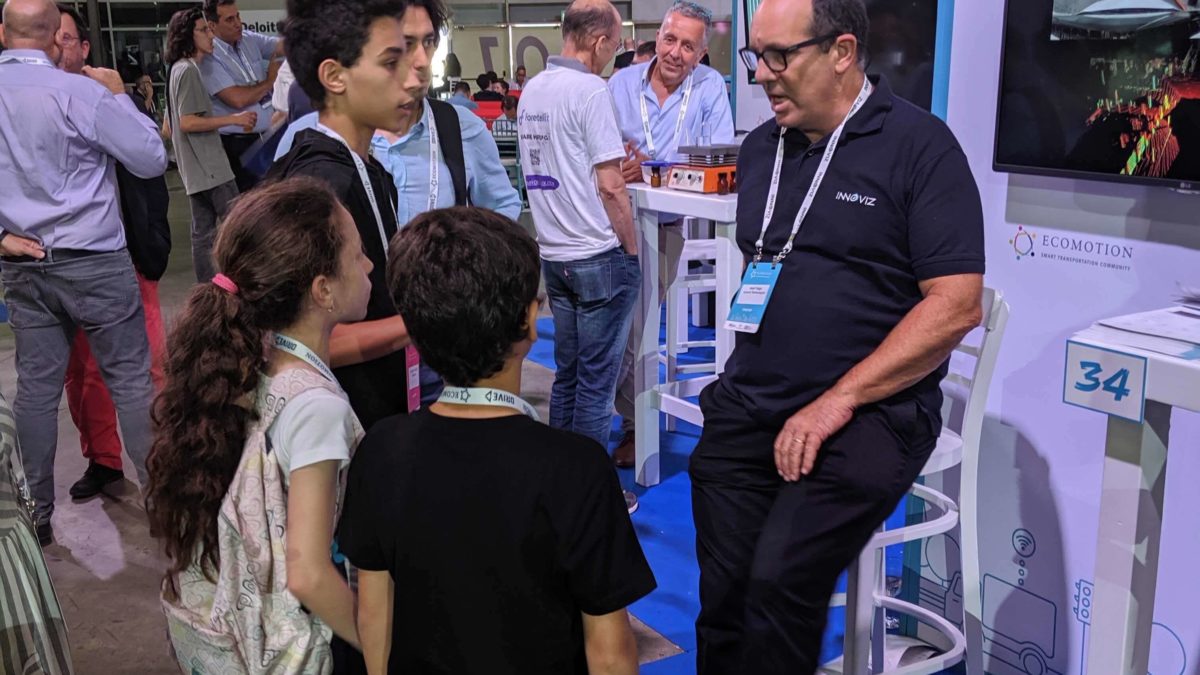 The next generation of automotive technology innovators visit the Innoviz booth to see a live demonstration of LiDAR in action.

On Thursday, Innoviz CEO, Omer Keilaf, participated in a panel titled, “Autonomous Driving — time for a reality check?” at the Jeffries Mobility Conference, which ran in tandem with EcoMotion. He and fellow participants Dede Goldschmidt, moderator and managing director of Samsung Catalyst, Tony Cannestra, director of corporate ventures for DENSO International America, and Dor Skuler, co-founder of Intuition Robotics, discussed:

The presence of educational institutions gave EcoMotion attendees a preview of what to expect from the next generation of automotive innovators. Local universities conducted demonstrations of projects developed by students, and even a group of 5th graders who introduced themselves as programmers visited our stand! We can be confident of a successful future when elementary school children are already preparing themselves for a career in high-tech and visiting trade shows to see the latest technology.

Also Read: How Israel is Leading the Way for Mobility