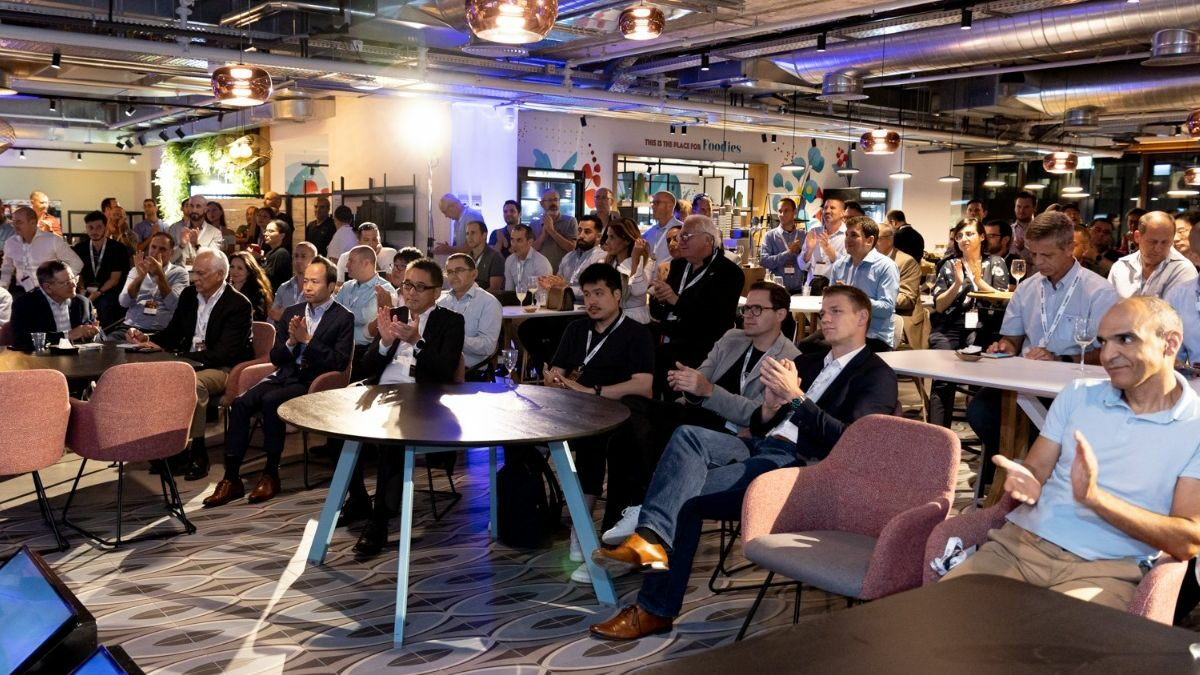 This September, Innoviz Technologies hosted its first global ecosystem1 event, which celebrated the opening of its new 8-story headquarters building and the company’s progress in enabling the Autonomous Vehicle (AV) revolution. The event brought together over 150 visitors from leading auto manufacturers, semiconductor manufacturers, Tier1 auto suppliers, technology partners, distributors, investors, financial institutions, and analysts from more than a dozen countries.

Here’s a roundup of what they said about where the industry is headed and why.

Adhering to the highest military standards 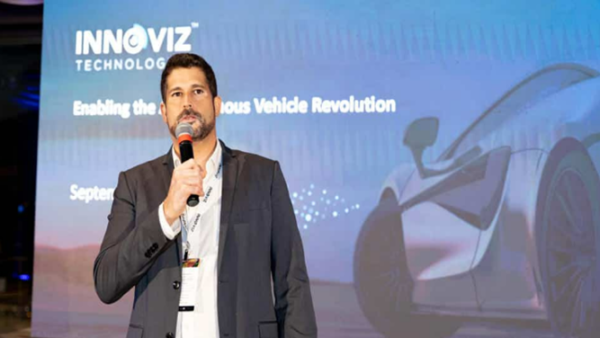 He also described the Innoviz DNA, portraying the company as “400 engineers, innovators, and raucous rule breakers” whose founders, core team, and much of the R&D team come from Unit 81, the most innovative technological unit in the Israel Defense Forces, and, indeed, any of the world’s military. The company lives by 81’s motto: “Making the impossible possible”.

Omer presented the exponential growth in performance and cost reduction for each of Innoviz’s product generation, from the first LiDAR (Light Detection and Ranging) prototype introduced at CES 2017, to the InnovizPro evaluation unit demoed at CES 2018, InnovizOne introduced at CES 2020, and InnovizTwo premiered at CES 2022. Innoviz360, the company’s first 360° LiDAR, will be demonstrated live for the first time at the CES 2023 in January.

Innoviz’s experience working closely with Original Equipment Manufacturers (OEMs) like BMW and Tier1 suppliers like Magna International has enabled the company to be certified as a Tier1 supplier and the only Tier1 among LiDAR manufacturers. It will directly supply the InnovizTwo LiDAR to the Volkswagen Group and to a major Asian auto manufacturer.

“Harsh operating and environmental conditions, LiDAR contamination and cleaning, diagnosing sensor availability during its lifetime, demanding scenarios, identifying artifacts, and the need for robustness – Innoviz found solutions for all challenges”, said Dr. Rau. “Innoviz knows what it takes to succeed while pushing the form-factor and technology. Product improvements have been implemented in the InnovizTwo LiDAR and we expect that product cost will decrease as volumes increase. And Innoviz has become a Tier1 supplier.” 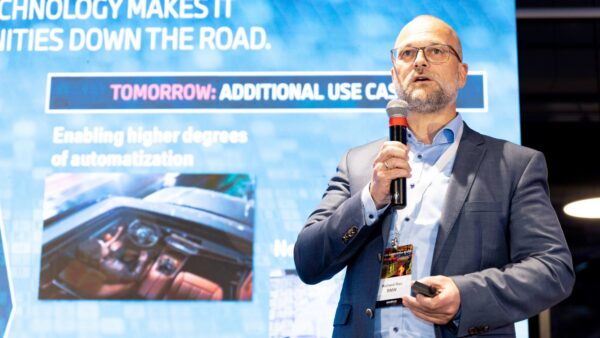 “Innoviz knows what it takes to succeed and is pushing the form-factor and technology” – Dr. Richard Rau, BMW (photo by Yossi Masa)

Professor Steffen P. Walz discussed how LiDARs provide an immersive three-dimensional view of connected points. In fact, according to him, “LiDAR is the link for merging the virtual world with the perceived world.”

Therefore, LiDAR technology can be used for in-car gaming by merging the scene that it scans and what passengers view from inside the vehicle. BMW, VW, Mercedes Benz, Honda, Microsoft, Google, and Sony are already developing this merged, immersive world for autonomous vehicles. Walz believes that there are many opportunities for LiDARs in the future, not just in automobiles. 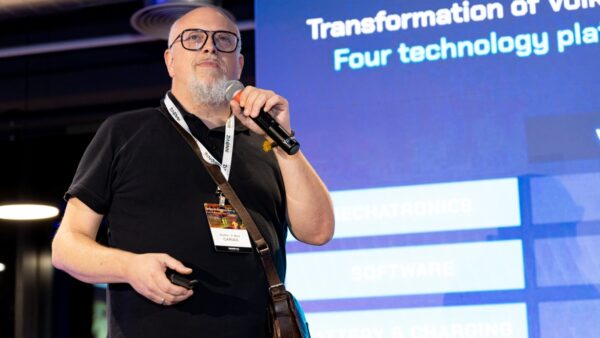 Mr. Alejandro (Alex) Vukotich was formerly VP of Automated Driving and Advanced Driver Assistance Systems (ADAS) at BMW and Audi. Now VP Automotive Product Management at Qualcomm, he is driving the vision to offer AV manufacturers a system that integrates all the vehicle’s sensors in Qualcomm’s autonomous driving software stack. Qualcomm will integrate sensors from selected vendors to run with Qualcomm’s Computer Vision technology and Software Developer Kit (SDK). Vukotich pointed out that Innoviz’s LiDAR sensors are “groundbreaking” physically and in performance. 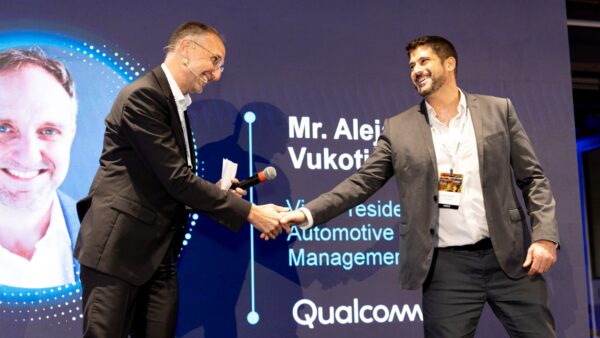 Lastly, Michael Filatov, Berenberg Bank’s Co-Head Technology Investment Banking, discussed the LiDAR market from Wall Street’s perspective. According to Filatov, the industry will consolidate to less than 10 companies by the end of the decade from as many as 80 companies developing LiDARs a few years ago.

Michael also said that LiDAR manufacturers should be evaluated according to performance, resolution, cost, reliability, manufacturability, and commercial traction. He presented a survey by Berenberg that asked many OEMs and Tier1s who they believe were the leading LiDAR manufacturers. Survey results indicated that Innoviz ranked higher than other manufacturers in all categories and has established itself as the clear market leader. 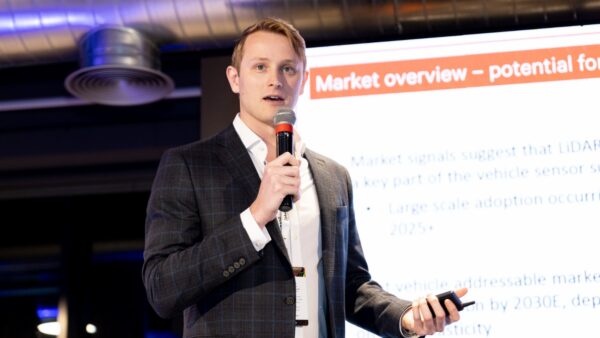 “Innoviz is estimated to have a commanding 42% market share based on awarded production volumes” – Michael Filatov, Berenberg Bank (photo by Yossi Masa)

Filatov emphasized that Innoviz’s experience as a proven supplier to BMW for the industry’s first Level 3 LiDAR program is a distinct competitive advantage. The nomination by the Volkswagen Group strengthens OEMs confidence in Innoviz’s reliability and superiority compared to competing LiDAR manufacturers.

Based on the survey results, Berenberg Bank concluded that Innoviz currently holds about 13% of the Total Available Market for autonomous passenger cars, which is greater than any other LiDAR manufacturer and concurs with estimates from other industry analysts. Furthermore, and more significantly, Filatov estimated that Innoviz will have a commanding 42% market share based on awarded production volumes.

Thanks to the event’s success in bringing together industry experts from around the globe, Innoviz plans to host an Ecosystem event annually at its headquarters.

1 “Ecosystem” aptly describes the interrelationship of the key players in the AV industry who are working together to drive the #automotive industry toward fully #AutonomousDriving. Only by partnering as highlighted at the Innoviz Ecosystem Event can the autonomous driving dream become reality.