A Guide to Self-Driving Car Technology: How it All Works

According to the NHTSA, 94% of serious collisions are due to human error, which includes circumstances such as driver exhaustion, texting and driving under the influence. However, many of these incidents could be avoided if advanced driver assistance systems (ADAS) are utilized in vehicles.

For over a century, drivers have relied on passive automotive safety features, including seat belts and air bags. As technology advances, active safety systems (systems which avoid or mitigate an accident pre-impact) can help prevent collisions before they happen.

Those passive safety features are now taking a backseat to assisted-driving features and autonomous vehicle technology, but don’t count on binge watching T.V. while you commute for now. We are still far away from using self-driving cars.

Can Any Car Actually Drive Itself?

Unfortunately, the answer is a hard no. The term “self-driving car” describes a vision rather than a valid product, since no car on the road is actually self-driven yet.

The closest we’ve come to self-driving, or Level 5 autonomy, where there’s not even a steering wheel in the vehicle, are robotaxis, which are actually Level 4 and only functional under limited conditions. The incorrect use of the phrase “self-driving” is causing misuse of the technology, as data is consistently proving that drivers think their cars’ driver assistance systems are smarter than they actually are.

The Fantasy of the Self-Driving Car

There have been a multitude of depictions of what a self-driving vehicle must look like or how it might work. Some might imagine a sleek, science-fiction perspective of a flying vehicle without a steering wheel carrying comfy passengers. Others may dream of a high-tech, simplistic vehicle with a passenger watching a movie while on the way to his or her next destination. So, when vehicle manufacturers advertise their cars with “self-driving” technology, many consumers get a bit too excited. Truth is, relying too much on vehicles with ADAS technology can result in collisions and devastating consequences. 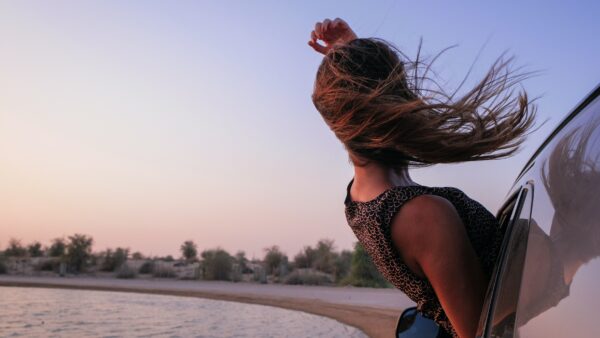 Having fun hands-free (Photo by the Lazy Artist Gallery)

How has self-driving car technology improved?

Given the autonomous vehicle technology that IS available in the market, such as camera, radar, LiDAR and perception software, there is no “self-driving” car but there is plenty of driving assistance out there.

One of the most common vehicle sensors, camera technology, can gather a real-time, 360-degree human view of a vehicle’s surroundings from cameras placed at different locations on the vehicle, such as the side mirrors and the trunk.

LiDAR stands for Light Detection and Ranging. LiDAR technology provides much more information than a camera or a radar. A LiDAR uses light to create 3D point cloud maps based on an object’s relative distance and direction to the LiDAR, as well as its reflectivity.

Radar, or Radio Detection and Ranging, is a type of sensor that uses electromagnetic radio waves to determine the distance, angle and speed of objects related to the source. Radar sensors can capture data from the furthest distance of any sensor.

Perception software is used to enhance a vehicle’s detection of surrounding terrain and objects to improve performance and safety of advanced driver-assistance systems (ADAS).

Perception software is often used in tandem with multiple types of sensors to develop a holistic image of a vehicle’s environment, which is described as sensor fusion technology. 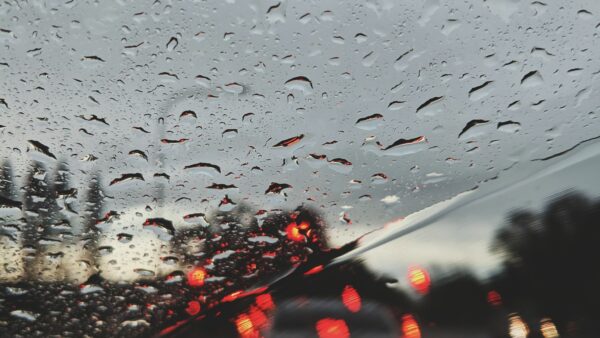 Wet road, poor visibility for all (Photo by Valeriia Miller)

The Levels of Automation

Automotive technology advancements are categorized by levels, as the driving assistance becomes greater. These standardized levels have been put in place by the National Highway Traffic Safety Administration. However, it’s important to note that almost every level, except Level 4 and Level 5, requires the attention and hands on the wheel of the driver.

The levels of driver automation:

Driver assistance: When engaged, the system can perform either steering OR acceleration/braking, while the driver remains fully engaged and attentive.

Additional assistance: System provides continuous assistance with both acceleration/braking AND steering, while the driver remains fully engaged and attentive.

Conditional automation: When engaged, the system handles all aspects of the driving task while the driver is available to take over driving if requested.

High automation: System is fully responsible for driving tasks within limited service areas while occupants act only as passengers and do not need to be engaged—not universal.

Full automation: The system can operate the vehicle under all conditions and on all roadways. A human driver is not needed for vehicle operation.

A vehicle’s performance and safety are certainly the most reliable when multiple sensors are utilized for sensor fusion. However, LiDAR sensors are key for providing independent redundancy and helping improve the operations of Level 2+ vehicles in many applications. With the price of LiDAR dropping significantly, almost all automakers are now including LiDAR in their vehicles to improve ADAS system accuracy.

The top benefits of integrating a LiDAR sensor into a vehicle is its impressive image resolution and accuracy because of its shorter wavelength. Similar to radar, it also performs well at night.

LiDAR technology from Innoviz is revolutionizing the impact LiDAR sensors have on the driver experience by bridging the gap between affordability, performance and safety in vehicle automation.

Although the “self-driving car” is still far off in the future, Innoviz is helping the automotive industry make large leaps toward this global goal with our team of talented experts. InnovizOne LiDAR will be in the 2023 BMW series 7 and InnovizTwo LiDAR will be in Volkswagen vehicle brands.

The Innoviz mission: Lead the world to safe, driverless experiences with our award-winning LiDAR products and advanced perception software.

Get in touch to discuss our products.